305 Washington Avenue has seen many a good thing go. Eastside Restaurant put up a good fight before shuttering its doors to the ramifications of the pandemic, Between Two Slices went out with a bang and a three-pound sandwich to match, and we’ll all miss out on the walk-up seafood once offered at La Pistola. Currently, however, it appears none of these hold a candle to EaTo, the Italian-inspired restaurant that opened on Friday, August 6.

Monroe Enterprises, which backed both Grand Café and Eastside, remains the owner and facilitated the remodel for EaTo. The entrance door moved to the corner, for example, and upon entering EaTo, all those little details—from the hexagonal black-and beige-tiles to the tubes of herbs and spices (which are used in the liquors made in-house)—are at eye-level for your viewing pleasure. There is also a takeout window which will be well-used on the weekends, as the restaurant is only opening their patio to patrons today, the interior to guest dining in October, and plans to open the meat counter and bottle shop in November.

Monroe Enterprises consists of restaurant law expert Dennis Monroe and his son Matt Monroe. Nancy Weingartner Monroe, former editor of Foodservice News, beams with pride when I ask her about Matt's move from the East Coast back to Minneapolis to handle EaTo operations. He was a hedge fund manager there, and now he’s an owner/operator in the family business.

Past restaurants at this location may have looked almost entirely different as Monroe Enterprises has renovated the space rather extensively. Between the black leather chesterfield style booths, antique dark wood counters and tabletops, and Edison bulbs that map their way across the ceiling, I struggle to think EaTo will meet the same fate as it’s many predecessors.

James Beard-nominated chef Jamie Malone, of the Grand Café, is continuing her role as consultant for the location. Together with Chef Matt Hendrickson, they’ve curated a menu both new and exciting while still incorporating a small selection of iconic Eastside dishes. Everything from pizza puffs to steak Coulotte with mushroom cream and smoked button mushrooms.

“When we open up the inside, we want people to stop and chat with us and each other, but to also be able to take away ingredients for meals with no more than five ingredients that they can prepare at home,” Malone said.

All ordering will be done online through QR codes, but the staff is well trained to aide in the diner’s decision-making process. Wine and meat pairings will be an experience in and of themselves. And there won’t be tipping; the Monroe’s are instead opting for an automatic 18 percent service charge. 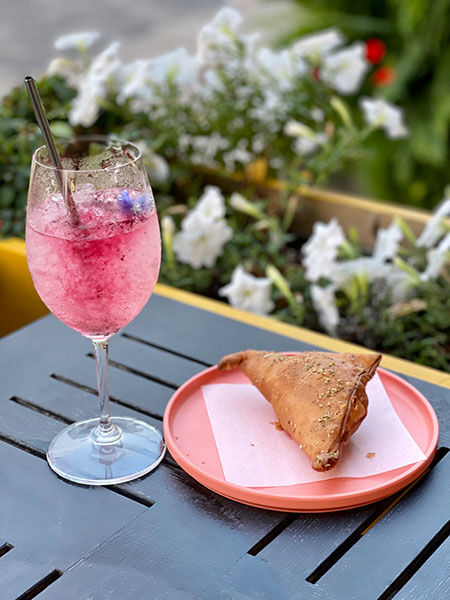 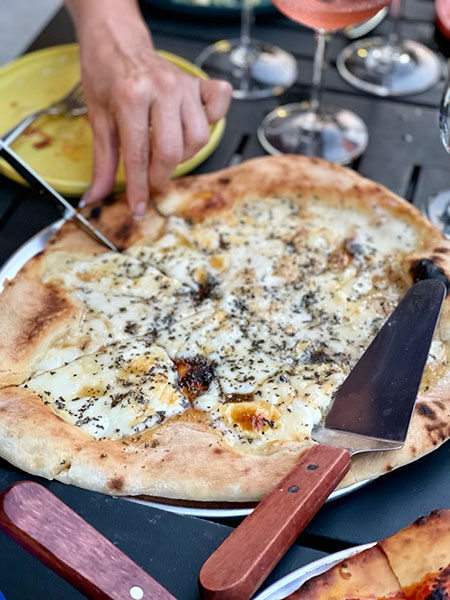 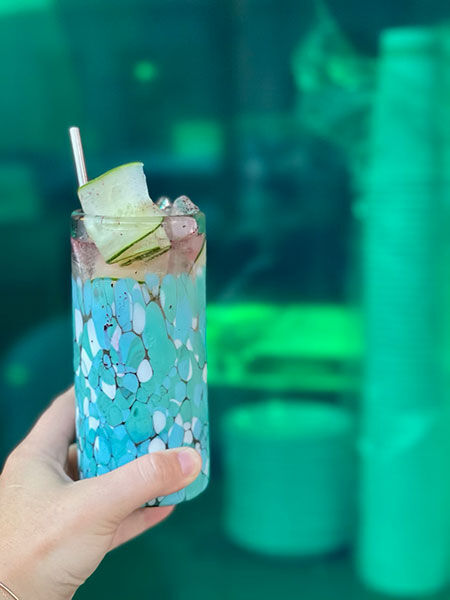 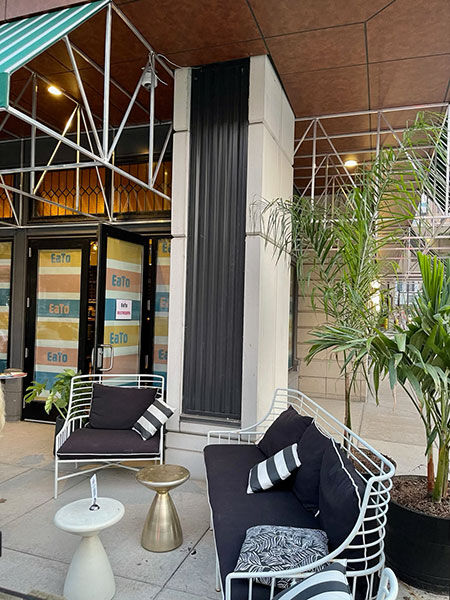 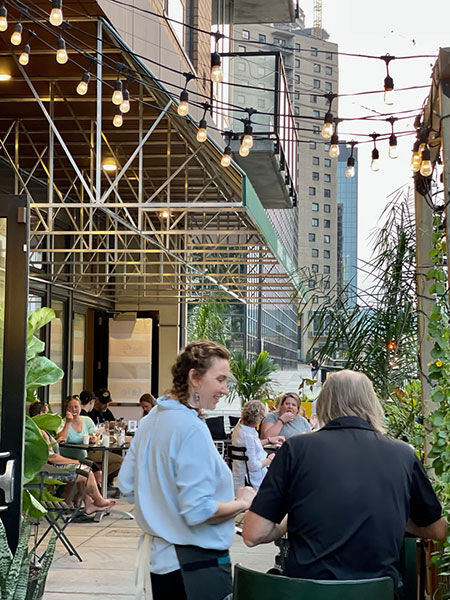 I would’ve made the move just for the cocktails and gelato alone, both were heavily featured at the media intro. On tap is a bottle shop featuring a curated list of Italian wines by sommelier Scarlett Carrasco. Forbes 30 under 30 cocktail curator Marco Zappia has crafted a menu of espresso, aperitifs and digestifs, along with his own spin on classic cocktails, such as EaTo’s mandarin negroni. I don’t care for negroni’s, and I had two.

I deem the experience high-end casual. A mix of cocktails containing bright little Marigolds in midcentury glamourous glassware, where the food ranges from Mortadella pizza and sandwiches to pizza puffs. The vanilla soft serve has drops of extra virgin olive oil, fennel pollen and flakes of sea salt; I dunked my fried shokupan dough into it when no one was watching.

The patio and walk-up window are open 4 p.m. to 9 p.m. on Wednesdays and Thursdays, and they stay open an hour later until 10 p.m. on Fridays and Saturdays.