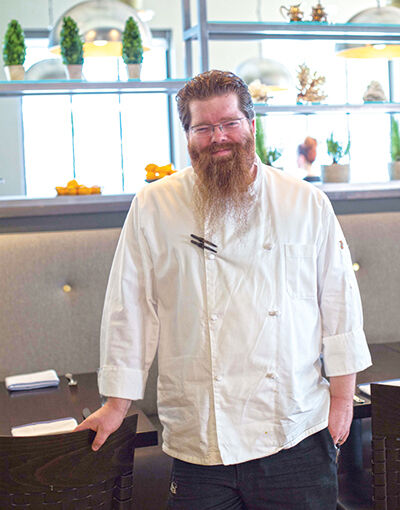 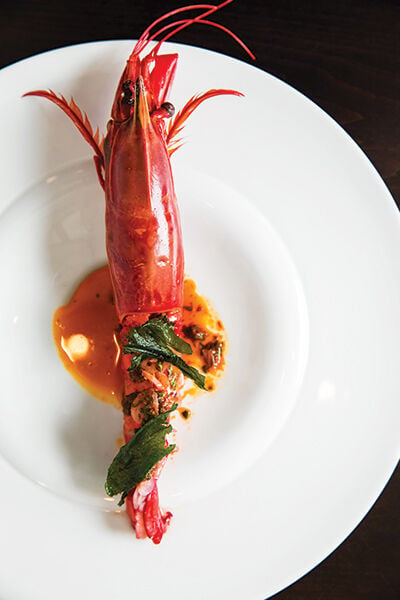 In his role as chef de cuisine at La Belle Vie, Mike DeCamp has been a driving force in the Minneapolis food scene for nearly a decade. Now he is running the kitchen for both Monello and Constantine, the new duo from Jester Concepts in Hotel Ivy.

It was during his tenure at one of the most famous fine-dining establishments in the state that DeCamp saw the local restaurant industry evolve into a chef-driven hub of great restaurants.

"When La Belle Vie and Piccolo first opened, there were no chefs going out and opening their own place, that was unheard of," DeCamp says. "But now it happens all the time."

The chef-driven culture has traditional restaurants and upstart chefs attracting the same diners. But DeCamp doesn’t see it as a contest; rather it’s a coalition of chefs, buoying the Minneapolis cuisine culture.

"I guess I don’t really look at it as competing," he says. "Of course we’re all competing for the same customers, but I think it makes everybody better. Better restaurants, better chefs, better everything. It makes you better—at least makes you try harder."

"I’d take the Pepsi Challenge against Chicago anytime, here against there. I think we do very well for being a medium-sized city," DeCamp says.

At his new home DeCamp caters to a sophisticated palate, but he says it’s not quite like La Belle Vie.

"It’s not fine dining, but not super casual either. We’re still serving stuff on white plates."

But like La Belle Vie, it’s something novel for the area.

"We stick very close to coastal Italian, very crudo, very seafood driven," he says. "We really only have three or four meats on the menu."

DeCamp doesn’t try to follow trends or attempt to cater to existing tastes.

"I like to think of it as just good food—not what people want to eat and what people don’t want to eat," he says, adding he prefers to let diners evolve the menu.

Among all the unique flavors, from sea urchin to blue crab and stuffed branzino, DeCamp says his choice ingredient is something pretty simple.

"I think my favorite thing to work with is flour, to be honest. It’s really boring I guess to say that, but you can do so much with it," he explains. "We make our own bread here, we make our own pastas here. There’s kind of endless stuff you can do with flour. I don’t know that I could deal without gluten like so many people that have to."

And as for his favorite places to eat, DeCamp’s fine-dining pedigree doesn’t get in the way of some simple, hearty flavors.

(Serves 4 as an appetizer)

4 each Mediterranean red prawns (head on)

Clean prawn by peeling the shell starting at the base of the head and removing the shell completely, leaving the head intact. Split the prawn down the back just enough to remove the vein running down it. Start a pot of boiling salted water and blanch, just the head, for 20 seconds. Set aside.

Combine all ingredients in a bowl and set aside.

Bring vinegar, sugar and water to a boil and pour over ramps. Let pickle in cooler overnight.

To assemble: Place prawn down center of the plate. Spoon chermoula over prawn and some oil onto the plate. Slice the pickled ramps thinly on the bias and place on top of the prawn. Garnish the prawn with the crispy nettle leaves and some Maldon sea salt.