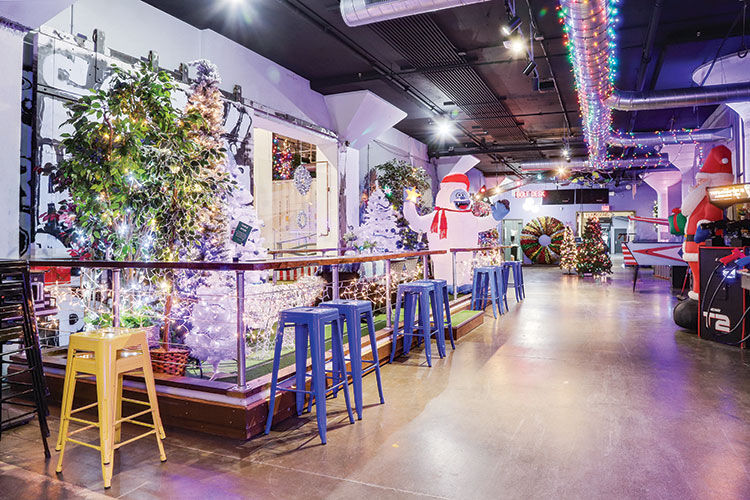 In keeping with the holiday spirit, Can Can Wonderland put up its Christmas decorations before Thanksgiving. Owner Rob Clapp described it as "over-the-top, tacky," just what's needed to get into the spirit this year. 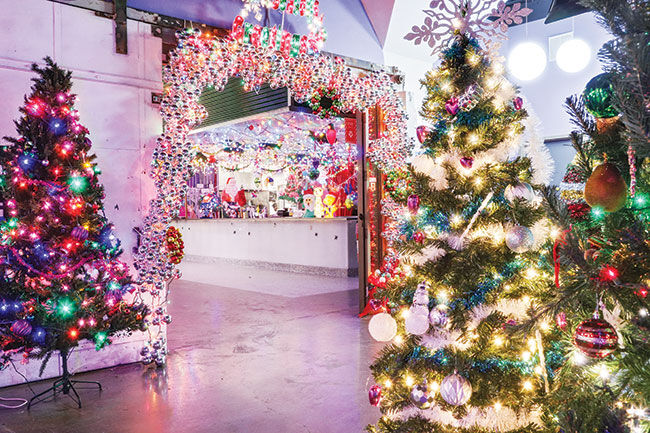 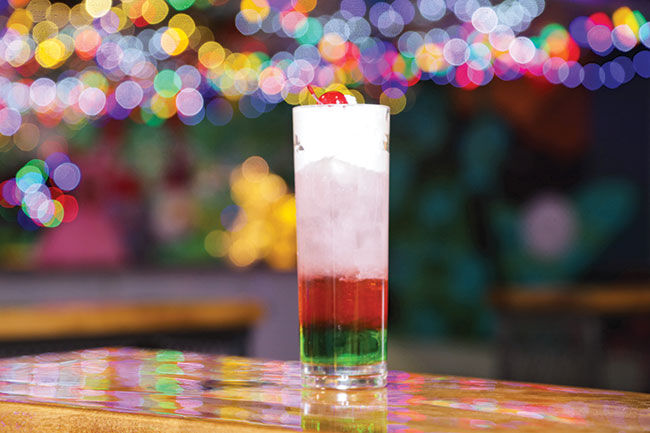 In keeping with the holiday spirit, Can Can Wonderland put up its Christmas decorations before Thanksgiving. Owner Rob Clapp described it as "over-the-top, tacky," just what's needed to get into the spirit this year.

It’s hard to say who has been the hardest hit industry by the pandemic, but certainly entertainment venues are right up there at the top of the list.

“I’m an entrepreneur so I’m optimistic at my core, but this year is as trying as I’ve ever experienced. The hits just don’t seem to stop coming, which is really tough,” says Rob Clapp, who had bought out his partners and now is the sole owner of Can Can Wonderland in St. Paul. “If you don’t have faith and you don’t have hope, it just makes things worse. I believe what we’ve built is what people need, we can be that escape.”

Can Can—which gets its name from both the historic building it’s in, which was once the largest canning facility in the country, and the French populist art movement, Can Can—was dark starting in mid-March through October. They did a soft-reopening the weekend before Halloween to allow staff, many of whom are new, to get acclimated.

“What we thought was going to be a week or two of shutting down for the surge became evident that it’s more serious than we’re being told, so we just knew that people were going to take precautions and stay home,” he says. “And then in the summer months when the exec order was lifted, my gut was telling me that when it’s nice outside people are going to take advantage of it.” And with the plethora of patio dining in the streets and in alleyways between buildings and filling parks with big gatherings, he was right.

Takeout wasn’t an option, he decided, because their location in a basement makes it difficult to execute well. “I did play around with doing a popup outdoor mini golf course, but timing wasn’t on our side,” he says.

Instead he laid off the entire staff, including himself. What made it especially painful, he adds, is that spring break is typically their busiest time and because he had spent the last 12 months paying down debt, “we had very little money in the bank and we assumed we’d get through the busy month and refurbish our bank account.” He had PPP money, but it’s been exhausted.

To comply with the regulations of social distancing and sanitation, the space had to be reconfigured and reimagined, but none of the games had to be removed. “I’ve never used a tape measure so much in my life,” he says. The 30,000 square-foot space pre-Covid could accommodate 1,000 guests, but now they’re maxed out at 250.

Some of the changes due to Covid will stick around long after the vaccine makes us all more comfortable returning to crowded venues, such as the bipolar ionization system that’s been added to the HVAC and cashless payments.

Going cashless is worth it, even though there’s a charge for using credit cards, he says, because only around 10 to 15 percent of customers pay with cash. Not having to deal with cash eliminates both trips to the bank and handling unhygienic bills and coins.

They’re also going to a no-tipping model, adding an 18 percent service charge to the bill. While it meant a pay cut for servers and bartenders, it helps out the other employees by offering a competitive wage.

The problem with operating a space designed to accommodate large groups, private parties and live entertainment is that the fixed costs are the fixed costs, which means rent, utilities, etc, are significant expenditures.

While Can Can is still trying to find its niche in the new reality, Clapp says they are considering renting out the facility to families for the holidays. “We’re looking at putting out packages that allow for people who still want a holiday get-together, but are not comfortable in somebody’s house” to have their party in 3,000 square feet with 20-foot high ceilings. At the time of this interview, he was still working on pricing.

The delightfully over-the-top tacky Christmas décor went up November 13, and Clapp is hoping that with all the precautions, including PPE protection for guests and staff and lowering the number of staff significantly, he’ll be able to weather the winter and make it to spring break.