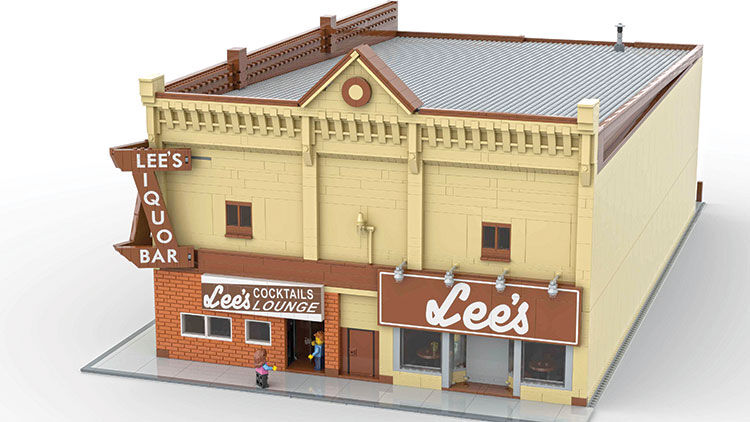 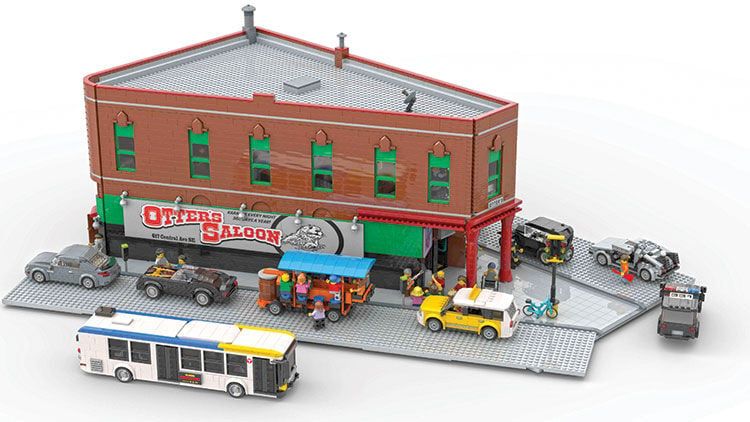 Ryan Fuchs has always loved building with Legos. Ever since he was a kid, he just had a knack for spatial orientation and seeing things in his mind before they existed—leading him to major in mechanical engineering at the University of Minnesota, where he graduated with his bachelor of science degree in 2001. He worked as a mechanical engineer for 12 years at Professional Instruments Company before shifting over to the foodservice industry, eventually working his way up to lead bartender at Otter’s Saloon in Northeast Minneapolis. He and his wife also own Karaoke Twin Cities, which provides hosted karaoke entertainment and rental equipment to local bars and restaurants.

But when Covid-19 hit and shutdowns began in March, Fuchs found himself furloughed with time on his hands—so he put his hands to work and started creating digital Lego models of his favorite Twin Cities bars and restaurants.

“So far, all the bars are ones I’ve been familiar with for years. I used to go to Lee’s twice a week in college,” Fuchs said, and with 10 years spent working at the Otter’s Saloon, his familiarity shows with his attention to detail. From the exterior colors and signage to the interior layouts of each model, Fuchs has thought of everything, including his design of local country band Trailer Trash playing inside of Lee’s. After Fuchs published his designs on Flickr under the handle Slye Fox, Trailer Trash shared them on December 1 in a post on the band’s Facebook page, which their fans took and ran with.

The most challenging yet rewarding part was the problem-solving Fuchs had to do, like when constructing the triangular building shape of Otter’s Saloon, because Legos are square bricks. Figuring out different parts to use such as hinges or other techniques appeals to the engineer within Fuchs.

“For me, it was just something to kill the time with, I’d sit down and spend eight hours a day trying to solve a particular problem, and it was really satisfying to solve that puzzle,” Fuchs added.

Fuchs spends anywhere from a week up to a month to finish a virtual model, which his wife wasn’t thrilled about at first.

“I have to give a shoutout to my wife for putting up with that. She’s upstairs working hard supporting us, while I’m downstairs playing with Legos,” Fuchs said. “She was quite frustrated through this. I heard a lot of, ‘get a job’”—which he did at a company called Superior 3rd Party Logistics in December. Plus, now that Fuchs is receiving notoriety and media attention from his Lego models, his wife’s opinion has changed, “so we’re all good,” he said.

It also helps that Fuchs was recently contacted by Fox TV series Lego Masters, who are considering him as a contestant for their second season set to film in Atlanta at the end of February. At time of publication, Fuchs was setting up meetings with the producers.

In the meantime, Fuchs is talking with Lynn Gordon, the owner of the CC Club, for a potential commission job of building a physical Lego model of the bar, which would cost between $5,000 and $6,000. “Legos are not cheap, and you can’t just go to the Lego store and buy the Legos you need, you have to go online and hunt them down through various sites and sources,” Fuchs said. “It would be quite a logistical challenge, too.”

Though a hip injury has forced Fuchs away from bartending, Fuchs said he was ready to shift gears after 10 years anyway.

He’s excited about the number of local Lego fanatics he’s met since his story went viral—and hopes that one will end up being his partner on the second season of Lego Masters.